We are pleased to announce that, effective January 1, 2018, Steven Belgrade and John O'Donnell, of Belgrade and O'Donnell, P.C., will join Leahy, Eisenberg & Fraenkel, Ltd. as partners. Steven and John bring over 60 years of litigation experience, with an emphasis in maritime law, and have dedicated their legal careers to representing the insurance industry. Belgrade and O'Donnell, P.C. has long been recognized as a premier, national maritime firm, and they are listed Correspondents for several P&I Clubs in the United Kingdom. Additionally, their remaining practice parallels ours, with a focus on insurance coverage, professional liability, trucking litigation, mass casualty litigation, wrongful death and personal injury claims, and appellate law.

Attorneys  Patrick Cullinan and John O'Donnell, Jr. will also join the firm, and, with Steven and John, will strengthen Leahy, Eisenberg & Fraenkel, Ltd. and enable us to offer a wider scope of services, particularly in the maritime arena. We will maintain the same commitment to provide cost-effective and high quality legal representation, and we are excited for the new opportunities the relationship creates.

LEF SAVES INSURER MILLIONS IN POLICY DISPUTE: Thomas J. Finn and Scott Wing successfully defended an insurer in a first-party property loss eight-day jury trial, in the United States District Court for the Northern District of Illinois, Eastern Division. The Plaintiff-insured sustained a property loss caused by a third party's negligent sand-blasting in a building that housed the insured's architectural and design offices, studio and storage space. After the insurer paid full replacement cost business personal property limits of approximately $1.2 million and approximately $500,000 for twelve months of business income loss, Plaintiff-insured sought approximately $4.8 million in extra expense and additional business income loss. The plaintiff claimed that the insurer's delayed claim handling estopped the insurer from asserting the policy's 12-month extra expense and business income limitations and that plaintiff's approximate $2 million in expenses allegedly spent to equip and operate a new studio were necessary expenses incurred to avoid or minimize the suspension of plaintiff's business. After the insurer's $1.2 million offer to settle the claim was rejected by the plaintiff, the case was tried. The jury rejected the bulk of the plaintiff's claims and awarded plaintiff $1.3 million in damages.  The case was tried before the Honorable Ronald A. Guzmán.  Jordan Mozer & Assocs. v. Gen. Cas. Co. of Wis., Case No. 14 CV 10264, (N.D. Ill., Chicago, October 24, 2017 through November 2, 2017).

In October 2017, Thomas J. Finn prevailed on behalf of Allstate Insurance Company (“Allstate”). In the summer of 2015, the Gary Fire Department responded to a 911 call and a fire at Plaintiff’s home. Plaintiff testified that he left the home at 12:40 a.m. to spend the night at his girlfriend’s residence and that the home was locked and secured when he left. Allstate’s investigation indicated that the fire was intentionally set and denied Plaintiff’s claim. Plaintiff sued, alleging that Allstate did not have any reasonable grounds to deny Plaintiff’s claim and that Allstate’s denial was a breach of the insurance contract. Though Plaintiff denied any involvement, Mr. Finn successfully convinced the jury that the fire was set with Plaintiff’s consent and authority and that Plaintiff made material misrepresentations regarding his insurance claim. Specifically, Tom elicited testimony from the Gary Fire Department, who testified that the doors to the home were closed, but unlocked at the time of the fire. Tom also presented expert testimony indicating two separate areas of origin in the home, as well as evidence showing that Plaintiff’s Akita dog was later found in the rear yard, unharmed. The jury returned a verdict in favor of Allstate, found no breach and awarded Plaintiff no damages. The case was tried before the Honorable Magistrate Judge Andrew P. Rodovich in the United States District Court for the Northern District of Indiana. Davion Allen v. Allstate Insurance Company, 2:16 CV 003110 (U.S. Dist. Ct. N.D.Ind., Hammond, October 2, 2017 through October 4, 2017).

LEF PRESENTS SEMINAR ON ADDITIONAL INSUREDS AND CONFLICTS OF INTEREST:

Patti M. Deuel and Jeffrey S. Pavlovich of LEF recently presented to a major property and casualty insurer on “Additional Insureds" and "Conflicts of Interest.” The program focused on additional insured endorsements, tenders of defense and the limited circumstances under which “choice of counsel” must be granted. NOTE: Not all reservations of rights create a conflict! Contact LEF if you want to know more.

LEF WINS SUMMARY JUDGMENT BASED UPON A "FLOOD" EXCLUSION:

Howard B. Randell and Peter T. Cahill of LEF recently won summary judgment as to all counts of a Complaint filed against LEF's client, an insurer which had issued a property insurance policy to the Plaintiff. The Complaint alleged that LEF’s client improperly denied coverage after business personal property at the insured premises was damaged during severe rainstorms that hit Chicago on April 17-18, 2013. According to Plaintiff’s experts, rainwater overcharged the City’s mixed sewer-stormwater system, causing water to backflow through floor drains at the insured premises. LEF leveraged this testimony in support of an argument that the backflow of stormwater through the municipal drainpipe system was not covered by an endorsement for damage “solely caused” by water that backs up from a sewer or drain, but rather, coverage was properly declined by the insurer under the “flood” exclusion. The Circuit Court of Cook County agreed, and awarded summary judgment as to all counts of Plaintiff’s Complaint, terminating the case in its entirety.

David I. Walters recently conducted an educational seminar at the pre-convention Tabletop Show and Dinner hosted by the American Rental Association of Chicagoland, a nonprofit trade association for equipment rental businesses and manufacturers and suppliers of rental equipment.  The event was well attended by the owners and operators of equipment rental facilities throughout the Chicagoland area and Northern Illinois.  The seminar included an analysis of the recent amendments to the Illinois Theft Statute, which now make the theft of rental equipment and revenue a crime. Mr. Walters also provided a general overview and tutorial of the litigation process, with an emphasis on risk reduction and damage mitigation.

Congratulations to Roland S. Keske and Patti M. Deuel, who vindicated the insurer-client's handling of an underlying UM claim in a contentious first-party breach of contract / bad faith suit, which was recently arbitrated in the Circuit Court of Cook County Illinois' commercial calendar mandatory arbitration program.  The commercial arbitrator entered a finding of no-liability and an award in favor of the insurer-client and awarded no damages. The Notice of Award was entered in the Circuit Court on April 19, 2017. Jennifer Arias v. American Family Mutual Ins., 2016 L 003329 (Apr. 19, 2017, Cook County). 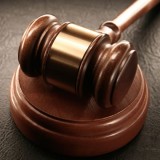 LEF SUCCESSFULLY ADVOCATES FOR CLIENT IN THE ILLINOIS SUPREME COURT

On December 15, 2016, Gerard A. Fosco of Leahy, Eisenberg & Fraenkel, Ltd. appeared before the Illinois Supreme Court on behalf of his client, a home inspector and repairman, in the case Schweihs v. Chase Home Finance, LLC, et al., arguing the continued viability of the "impact rule", which is a requirement for alleged victims of emotional distress. Illinois' high court agreed with Mr. Fosco and affirmed the dismissal of the plaintiff's claims. The defendants timely filed a petition for rehearing, which is presently under consideration in the Illinois Supreme Court.

LEF SUCCESSFULLY ADVOCATES FOR CLIENT IN THE ILLINOIS SUPREME COURT

On December 15, 2016, Gerard A. Fosco of Leahy, Eisenberg & Fraenkel, Ltd. appeared before the Illinois Supreme Court on behalf of his client, a home inspector and repairman, in the case Schweihs v. Chase Home Finance, LLC, et al., arguing the continued viability of the "impact rule", which is a requirement for alleged victims of emotional distress. Illinois' high court agreed with Mr. Fosco and affirmed the dismissal of the plaintiff's claims. The defendants timely filed a petition for rehearing, which is presently under consideration in the Illinois Supreme Court.